CallMeKevin Wiki
Register
Don't have an account?
Sign In
Advertisement
in: Character, Grognak, The Sims,
and 3 more

Grognak The Destroyer, Attorney at Law, Esquire, M.D. (also known as Grognak the Destroyer, Serial Killer, Bus Man, and even Red Glasses Man) is a member of the Grognak species. They are Kevin's GTA V RP persona and a recurrent character on the channel.

The idea for the character came from a comic book called Grognak the Barbarian. In the intro of Fallout 3, the main protagonist receives the comic on their 10th birthday. This was said by Kevin when he received the book in his Fallout 3 but it's 2018 video: "Yeah, the name 'Grognak' like came from a-a meme thing that I saw online, and actually got the name wrong on when I was remembering it, and I guess I subconsciously remembered it from this game, 'cause people pointed out afterwards, and I'm like 'Oh, there was a Grognak!'" The comic can also be found on the kitchen table in the house of the Fallout 4 protagonist.

Grognak The Destroyer suffers from Amnosia, which is like amnesia but not medically recognized. Any kind of drugs (the street name for illegal narcotics) help cure Amnosia. The condition can also be spread to other people, presumably through physical contact.

Grognak is known to be a communist, as shown by them talking about communism and listening to the USSR National Anthem on their headphones. They are an attorney who charges as much as they can get away with, and has been known to represent both sides of a case poorly.

A Chinese member of the Grognak species, Grognak arrived in Los Santos looking for people who might tolerate them for longer than a few minutes. They were recruited by a suspicious clown (who may or may have not been a hallucination, as Kevin said while leaving the building where he was acting) to star in a commercial for Safe Vision Security, but failed to make a good impression due to their inconsistent acting abilities.

Being left alone once again, they got involved in some shady operations which ultimately resulted in Grognak being shot by a girl called Jupiter. Despite the very localized nature of the injury, their Amnosia prompted the doctors at the Pillbox Hill Medical Center to perform extensive reconstructive surgery, turning them into the voluptuous bald Grognak they are today (and potentially activating their previously dormant communism).

Grognak The Destroyer is your typical, run-of-the-mill communist. They are beautiful, with a rugged, chiselled jaw, a perfectly angular nose and a dome of a head that makes all eggs of the world jealous. They're typically seen wearing sunglasses and headphones, along with a camo crop top shirt, alphabet tights, and red stiletto heels. Their red stiletto heels make for some great stomping tools.

Grognak used to have one adopted son named Rocky, who Grognak cared for deeply. They also used to have a partner named CDD. Their father is an amphibious cyclops goblin whose name is not known but which Grognak calls Traffic cone head (in reference to its strange hat). Grognak, their family, and their miscellaneous friends/acquaintances went on many adventures together.

In the video Sims 2 but it's 2018, Grognak was featured as a Sim. Grognak has the Pleasure aspiration and moves to Desiderata Valley.

Grognak visited a kiddie playhouse, where they met a sketchy man in a trench coat, and a potion-dealer. Grognak bought ten Plantophic-C potions, which is known to cure Plantsimism. It is unknown if Grognak took the potions and/or cured their Amnosia with it.

Grognak joined a group of other sims in a jam session, which causes them to catch a few side-eyes from watching sims. At the end of the performance, Grognak froze in place, but their head moved wherever Kevin's camera moved.

A mystical bright light shone on the kiddie playhouse lot: Kevin assumed it was the Lord's presence, but it was actually caused by an Infallibly Good Witch on the lot.

Grognak's house in the Sims 2 was generic with basic, uncolored items.

After Jim got back from college, he influenced another sim to fight Grognak. In the end, Jim and Grognak worked things out. Grognak later died of hunger.

After their death in The Sims 2, Grognak is resurrected many years later, but how they were resurrected is unknown.

After Jim's gang was disbanded in a later episode, it remained unknown where Grognak went and if they were even alive. However, in The Sims 4 but going to university was a bad idea, it was revealed that Grognak did live, as they appeared in the nightclub where Jim and other university students were partying. In that episode, they appeared with fancier clothes and the same mustache. They were also wearing fancy glasses.

In Sims 4 but Eco Lifestyle was a bad idea, Jim Pickens bombs the other characters in the series. It is unknown whether Grognak survived this event.

In the Middle Ages, a different member of the Grognak species, also named Grognak The Destroyer, lived in the kingdom of Fecktopia. She was the high knight to Lord Jim Pickett the I and spouse of Queen Frgo.

Grognak Airlines is a presumably illegal airline company run by Grognak and appears in the episode GTA V RP but I am a constant nuisance. At one point in the episode, Grognak tells some of their friends that they can fly aeroplanes, since they are basically buses with wings, and their friends accept. One of their friends then says that he wants Grognak to land on the highway, and even when Grognak does so, they then take off again and land on the road instead. After exiting the plane, Grognak tells them "Alright, Grognak Airlines. You may now disembark the airline. Most convenient airport... in the city. Thank you for travelling with us today."

Grognak is introduced in the Tomodachi Life series in the episode "Tomodachi Life is a wild fever dream". They live in the same building as Jim Pickens and Turg, as well as Default. They wear a white dress with black pants and shoes.

Grognak also appeared in Miitopia as the great sage. When the dark overlord Jim Pickens was about to attack Turg, they jumped in to save him, which made Jim decide to let Turg live... at least for the time being. This further proves that Grognak is indeed more powerful, or at least equally as powerful, to take on Jim. This also adds to the theory that Grognak is Jim's only fear.

Grognak The Destroyer, Attorney at Law moved back to Los Santos on April 8, 2021 after being gone from the city for about two years. Grognak does not remember what they were up to during this time. They met their father, an amphibious cyclops goblin whose name is not known, but whom they call "Traffic cone head".

Stomping: Grognak is known for their ability to stomp villages.

Magic: As the great sage Grognak is able to use magic.

Law: As an attorney at law, Grognak is good at discussions and can use good arguments, can make money as a lawyer and can also use these skills to get out of difficult situations.

Grognak talking with someone in GTA V RP. 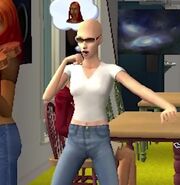 Grognak singing in The Sims 2. 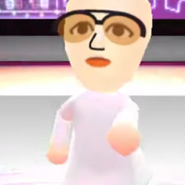